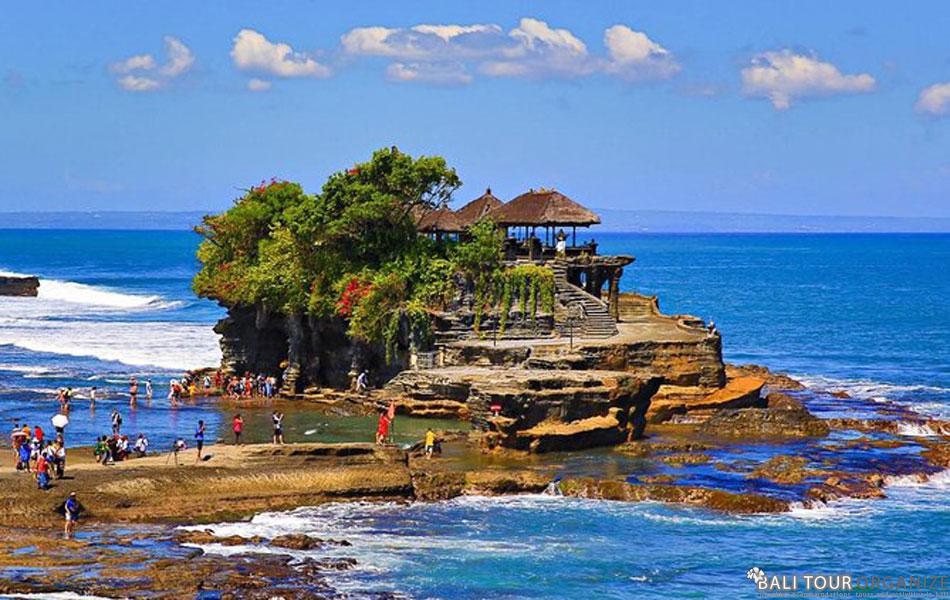 Tanah Lot Temple probably the best known and most photographed temple in Bali, is closely associated with the legendar priest Nirartha. Legend says that as he passed by and was impressed by y he tin island's superbsetting and suggested to licals that it would be a good place to build a temple. The temple symbolize the meeting point of natural and cosmic elements. Tanah Lot is also famous for its magnificent sunsets.

Every dusk tourists flock to witness the glowing horizon. He best view is from the cliff overlooking the temple. Tanah Lot Temple located in Tabanan, about 20 km from Denpasar, the temple sits on a large offshore rock which has been shaped continuously over the years by the ocean tide. Tanah Lot is claimed to be the work of the 15th century priest Nirartha.

The Tanah Lot temple was built and has been a part of Balinese mythology for centuries. The temple is one of seven sea temples around the Balinese coast. Each of the sea temples were established within eyesight of the next to form a chain along the south-western coast.

However, the temple had significant Hindu influence. This is an extremely popular tourist destination and the whole area is often very busy indeed, especially in the late afternoons, pre-sunset.