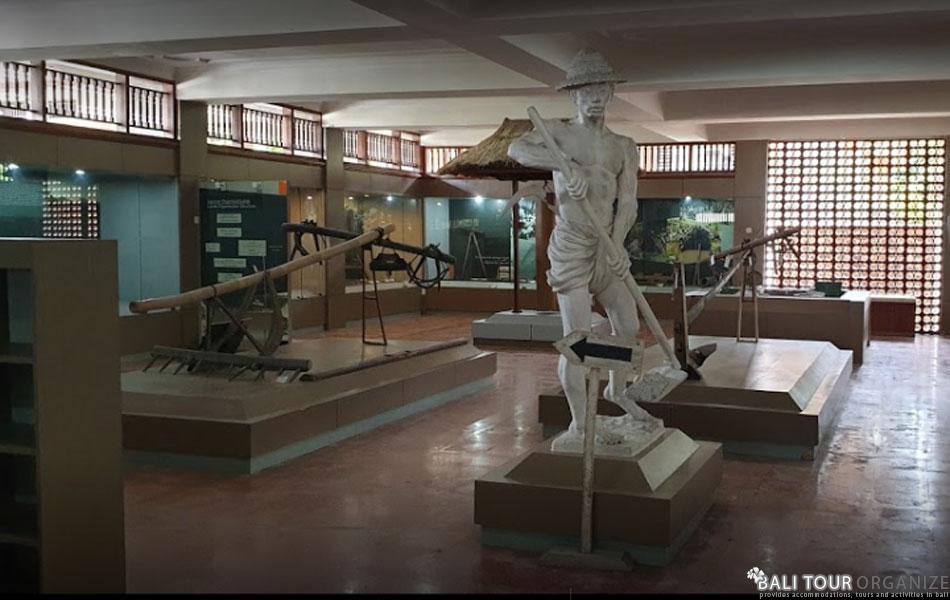 A museum entirely dedicated to the Balinese water management and irrigation system called subak, is located on 6 hectares of leafy and shaded land in Sanggulan, Tabanan, 20 km west of Denpasar.

Although the exhibits are not ample, the museum is well-kept and staffed and provides an insightful journey into the history and methodology of rice cultivation and the organization of the Balinese subak system which provides the infrastructure for the irrigation and cultivation of rice fields.

The museum was opened in 1981 but the artifacts it houses predate its foundation by hundreds of years. The Subak museum consists of an airy exhibition hall, an audio-visual room, a Balinese traditional compound, and an actual subak field of one hectare belonging to the Mandala Mathika Subak in Tabanan.

The exhibition hall chronicles the subak system, explains its structure and exhibits subak irrigation and traditional rice cultivation tools that have been used since ancient times; and in many instances are still being used by today’s rice farmers.

The various tools on exhibit in the museum tell an informative story. They testify to the harsh and backbreaking labor of the rice farmers who, until recently, had no form of mechanized tools or implements to alleviate their burden. There are ancient plows, diggers and graders drawn by one or two oxen, primitive construction tools such as levels to aid the leveling of irrigation tunnels and measuring tools to differentiate between 2 different points on the land surface.

An ancient wooden Tika is on display, a Balinese calendar which, by means of intricate symbols drawn on a grid or on a wheel, allows the rice farmers to choose good days for planting and perform other rice cultivation activities.

The Tika is a special calendar usually carved of wood or painted on cloth. It keeps track of the most important days in the 210 day Balinese Pawukon cycle. This complex Balinese calendar plays a central role in all the activities of rice cultivation.