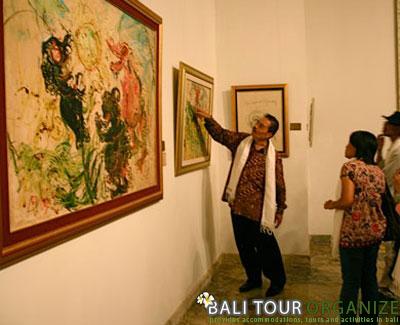 Museum Rudana or Rudana Art Museum was built in Peliatan, Gianyar Regency, Bali, by Nyoman Rudana. It is built following the concept of the Bali philosophy Tri Hita Karana, where art has a great contribution in spreading world peace, prosperity, and brotherhood amongst mankind.

The humanist concept of the Rudana Art Museum is the main philosophy of Nyoman Rudana in collecting paintings in the museum.

Its blessing ceremony was held on August, 11 1995 as part of the commemoration of the 50th Anniversary of Indonesian Independence with its Golden Indonesian Spirit. President Suharto officially opened it on December 26, 1995.