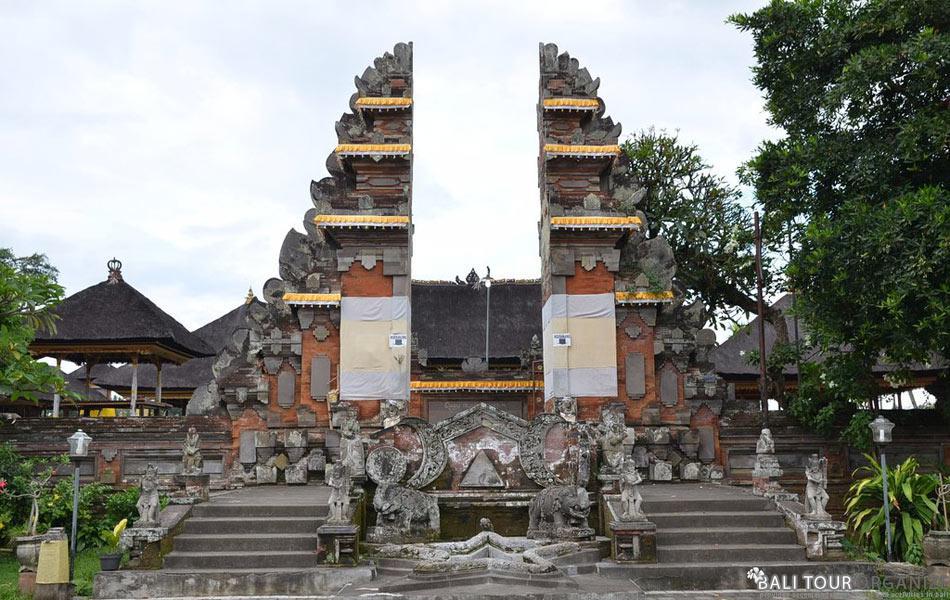 Penataran Sasih Temple is located about 4 kilometers east of the centre of Ubud. This was one of the Pejeng kingdom. Not far from Pura Kebo Edan is Pura Penataran Sasih, also known as the Moon Temple which has a mythological large Bronze Gong.

Pura Penataran Sasih in Bali is a beautiful temple with many ancient stone statues of Gajah or Elephant, Siwa and other deities; its centerpiece is the Moon of Pejeng. Estimates of its age vary from 1000 to 2000 years. Balinese legend relates that the drum came to earth as a fallen moon, landing in a tree and shining so brightly that it prevented a band of thieves from going about their unlawful purpose.

One of the thieves decided to put the light out by urinating on it, but the moon exploded and fell to earth as a drum. The uniqueness of this ancient temple is a big Nekara that has a height of 186.5 m and diameters of 100 m, decorated with a magical mask, this Nekara was dedicated to worship the ancestors as protectors.

More symbolic, this Nekara has the function as a media to plead for rain. According to sources, this Nekara comes from the prehistoric era and named "Bulan Pejeng" which means the moon that falls to earth. In fact, Penataran Sasih is also known as Bulan Pejeng or Bulan temple, because "Sasih" means moon. There are many other Bali tourist attractions besides the historical temples and shrines.