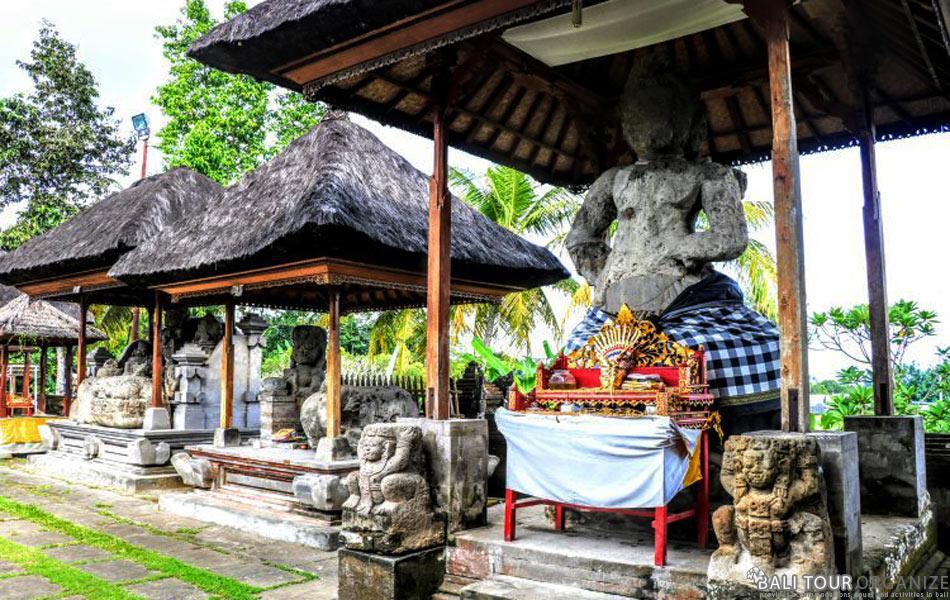 Pura Kebo Edan is near Goa Gajah in the east of Ubud suburbs. Kebo means "buffalo" in a Bali language, and Edan means "It goes mad" in an Indonesian language. It is said that this temple was built by Javanese in about the 12th century.

It became a war with king Java and king Bali, and Bali was defeated in 1346. After war, king Kertanegara in Java wanted to teach Islam ceremony Koran "Siwa Bhairawa" to the people in Bali. And, the king Kertanegara ordered minister's Kebo Paruk who did buffalo's appearance to teach it to people.

However, it was not accepted by people in Bali. The number of a lot of believers who were has decreased fast first. Afterwards, it is a temple of Hinduism now though became a Buddhism temple.

It is an unusual temple where two languages were used.This temple has the statue of danced Pejeng Giant with four penises. And, two buffaloes statues sit on the both sides. The feature of the statue has four penises, twines round one of feet the snake, and the other foot tramples the person. The statue is as much as 12 feet in height, and has been built 700 years ago.