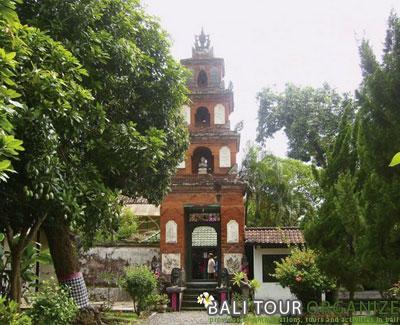 Puri Agung Karangasem consists of three parts, namely Bencingah, Jaba Tengah, and Maskerdam. Bencingah is the front part of the Palace, where traditional art performance takes place. Jaba Tengah is set as the Palace Garden with a big pond. In the middle of the pond, there is a building called "Balai Gili" or floating building, here we can also find 2 old lychee trees.

The third part is Maskerdam, of which the name was given after the name Amsterdam, a city in Netherlands. This building was constructed when the King of Karangasem started opening relationship with the Dutch government.