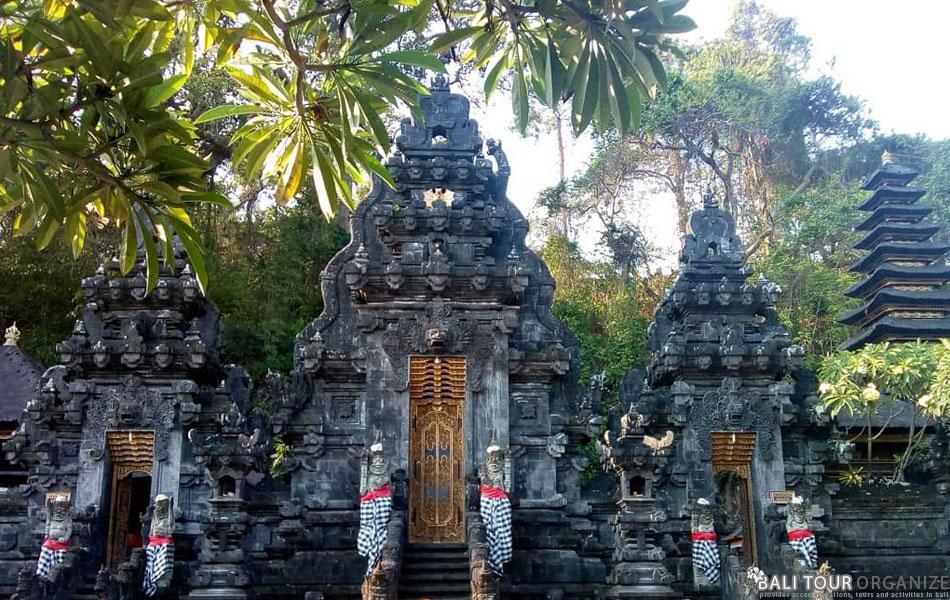 Goa Lawah or in English Bat Cave located on the seafront in the area Pesinggahan Dawan district, Klungkung is center of Pura Segara or Ocean Temple in Bali to worship God as the God of the Sea. From the main area of the Temple we can see thousands of bats in the cave.

The temple was expected founded in 1007, by Empu Kuturan From Java. Though the temple is small, it is considered very auspicious and is one of the 9 kayangan jagat (directional temples) that protect Bali from evil spirits The cave is also said to lead all the way to Besakih Temple, some 30 km away, but nobody in recent times has volunteered to confirm this since the fruit bats provide sustenance for the legendary giant snake, Naga Basuki, which is also believed live in the cave.

Naga Basuki is believed to be the caretaker of the earth's equilibrium, a belief which stems from pre-Hindu animism. In the 17th century the temple was used as a place of worship by the King of Klungkung and the Bat Cave was also used to test the innocence of people found guilty of breaking the law.