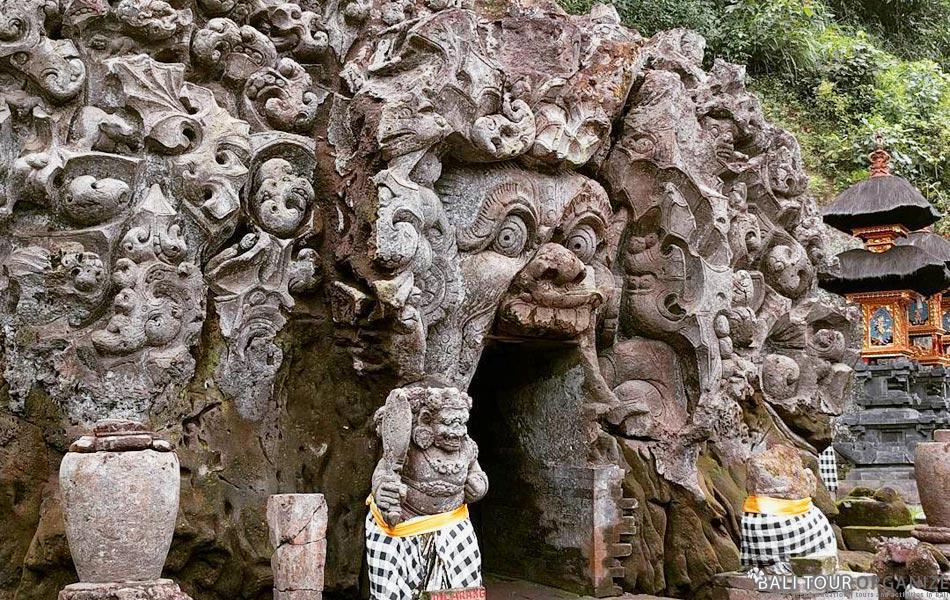 Pura Goa Gajah or Elephant Cave Temple is located on the island of Bali near Ubud, in Indonesia. Built in the 9th century, it served as a sanctuary.

Goa Gajah is named after Sungai Petanu (Elephant River) and dates back to the 11th Century. Originally the temple was a dwelling for Hindu priests. The main highlights of this temple are the short cave with the massive carved face entrance and the holy pools.

Visitors will go into the cave, spending several minutes in the darkness checking out the Shiva lingum at the end, before exiting to take holy water.